TLG are taking part in the latest SWANK event, this round being  The Designer’s Choice.

Created by Ms Azalee  The Harmony Garden is as it is aptly named as it promotes a sense of Peace.

The Color change hud for the  Trees  allow you to change the Bark and also the Foliage.

The Beautiful Butterflies  flap their wings in the breeze,  (ok there is no Breeze but allow me poetic license here ).

Below are images  courtesy of Ms  Sharni Azalee.

These show each item and it’s Land Impact.

Delicate and Dreamy and available now at SWANK.

Have a Super Weekend,

My time in SL is precious, there is just not enough of it and given these damn Events all  over  the place, usually  full, usually LAGGY and tbh a pain in the arse for some of us.

Ok  they do Showcase the  odd Designer that you may not know  but in the main its the same old shit with new textures.

I know that I should always take a Demo of  stuff, where I do not know the designer, I know this and truly often do,  if its in store.

To be fair , if you have an issue with an item and contact the designer via a note card, usually they are very very helpful  and will take your issue on board.

I went to an event recently for some  hair I wanted and to see if  a couple of my fave Designers had released  New Items.

The reason being, that  despite being in their Group they seem to believe that informing said Group Members of any New Releases is of  the utmost UNIMPORTANCE.

So on the odd occasion I have been known to  zip in,  IF I can get in and just buy the item.

So I saw a  fab Hairbase , it said it was compatible with my Mesh…….Below is telling me its NOT ….

Now I like a Beard the same as other women,  Just not on myself.

I contacted this Designer, who sent me a Lightshot of  a different make of Mesh.

I replied  Thank You for  that but this is not that Mesh. Its the other one and he then  kindly  Responded by saying I only make hair and bases for men?????

If that is the case, you have just lost yourself  thousands of potential sales, Well Done Sir.

This will be a slightly different post looking at the issue of ownership of photographs.

I know this may sound like a silly question but it’s far more complicated than most imagine. Ownership or, if you prefer, ‘private property rights’ are something we all take as a given because we have been taught the concept from birth. But that’s all it is, it’s a concept, an idea, a notion in our heads reinforced by our legal system. It really doesn’t exist in the real world.

I know this sounds a bit crazy but let me take you through a few examples to try and illustrate this. Imagine you go into a shop and buy a pen. Legally, you would now be the owner of that pen. Now lets say you leave the pen lying on a table and somebody comes up and comments that they like said…

Just a  personal thing,  I zipped over  to a club  a couple of weeks ago,  just to maybe take a  bit of a break from my normal SL.

Now  I am aware that some Ladies don’t like a VPL and therefore do not wear panties.

BUT they are not wearing really short  skirts or dresses,  ok  you may get the odd one that’s doing it for let’s say personal gratification.

There were several ladies here one with a Tabard type dress and one with a  miniscule mini another had a basic frill..

Due to the nature of the type of dance animation I swear truly  I do,  that not  one alpha was in use.

Now Ok it was an adult club. BUT  not that type of Adult Club and seriously  I do not wish

Girls  it is the equivalent of a noob wandering round with  his attachment out,  Jeez Get a GRIP.

If you can’t use an alpha or you  mesh body doesn’t  have a suitable area removal you can buy Thongs and Panties and  guess  what,  They  do not  leave a VPL in SL.

I did take photos of these so  called ladies, but my friend said upskirting was not

allowed  in SL,  Damn  you would have died laughing.

SMESH do a Great affordable Range and this Thong is Hud driven with   several  colours to choose from.

Now do not forget your Panties Ladies.

Necklace by MG from the Giselle Range.

Have a Great Week

Yet another Wonderful  Creation from Sharni Azalee of  TLG, The Kissing Tree.

This has a Hud for changing the textures of the Foliage and the bark  and has standing and  sitting Kiss animations. just click on the Birdhouse to  kisssssssss.

Xantes has  created some  wonderful New Planters, resizable and perfect for that corner plot you just did not  know what to place there.

There are  Three Versions to choose from, so you can   Blend the one that suits your Garden,

Check out the MP for more XANTES

Have a Great Day

by Sharni Azalee,  yet again  a set created  with Elegance and class.

Comprising of Sofas with a texture change hud, Fabulous  Rugs and accessories,  Planters  to die for and a super  wall plaque.

The sofa’s have wonderful  cuddle and sit animations for you and your Loved one.

Jiwa Tenang by  The  fabulous Sharni Azalee of  The Looking Glass,  Designed for  the SWANK event.

Ms Sharni Azalee has created a wonderful set for SWANK.

Each item superbly crafted and detailed. Rugs, planters, cushions all set on Beautiful Platforms that you can if you so wish rearrange, The PICS with Jiwa Tenang are supplied  courtesy of   The Looking Glass Ms Azalee and give  the  Land Impact of each item in the set.  So if  you are short of prims  you can  take each element of the set and  use it as you wish.

Well I am over a 1000 items less now, Ohh it hurt (Grins)  I have found though , that I do have double of some things, so they will be going.

Also just who put all those note cards in my  invent. I was amazed at how many there  were.

I am a kinda  fly in and fly out of  SL person with xia,   I style a look, take  the pic and poof it goes  to the  Time Bandit called Flickr.  Which I am avoiding  at the moment.

My goodness, when I look at the amount of skins I have collected over time I am shocked.

Some are  really  just impulse buys and some I truly love.

Some I didn’t  even open the box.

This is just  one of  those skins, I took a couple of head shots One with advanced lighting and  one without.  Usually mine are without and  always I use Nams Optimal skin and prim setting as I find it is just perfect for me and I don’t get that weird light on the face where your cheekbones  have a slash of light across them.

The skin in the pictures is by JUMO called Doutzen.

Eyeshadow by ZIBSKA   called Tere and  is from the  Catwa Powderpack/April 2017, ZIBSKA kindly included an OMEGA applier also,  so it works perfectly on  Lelutka Heads.

Lip Color is from Amara Beauty  in the Pamela hud from Powderpack Lelutka March 2017.

The  Top pic is no  advanced Lighting.

The Lower  is with Advanced Lighting.

As for  the skin  it is  most definitely a  Keeper.

This  does not help my invent issue arghhhhh!!

If you don’t like the Brows on the skin there is a  No Brow option and JUMO do a selection of Brow appliers.

Have a super  Day

I  logged in the other day and Hells Bells my Inventory is seriously out of  Order.

So  rather  than delete items willy nilly I decided to check as  I  go  through the  Chaos.

We all know  this issue and unless you are a ruthless  soul, I am sure  you have a few thousand items that you really are NOT going to wear again.  Then there are the accessories,  ((hmm I may need  that necklace etc etc  again).

Make up is another one.  how  many eye shadows and lip tints  do you  reallllllly  need or use.

So this is going to  be one hell of a project as  my invent sits  at 145 plus thousand items oooooh….

So its going to  be a job that should keep me out of trouble for a while.

Stop smirking,  I promise to keep out of trouble  for now anyway and that ‘s  only because I have a few hand issues at present. 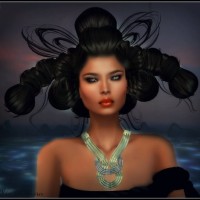 no copy no mod

© [Xia Firethorn] and [Xia Firethorn.com], [2011-0n]. Unauthorized use and/or duplication of this material without express and written permission from this blog’s author and/or owner is strictly prohibited.